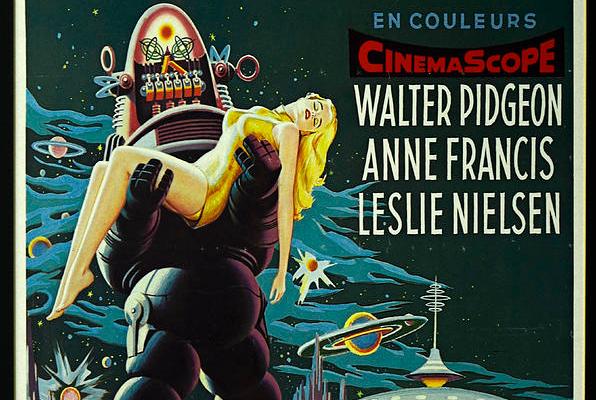 It’s November and I am preparing to go all sci-fi on you! I’m going to start with my movie list for the month. When it comes to science fiction it runs deeper in me than nanotechnology in a Borg drone. I’m not an expert and I definitely don’t think all my movie choices will be praised by some areas of the sci-fi geek community but to hell with it! This is my ship! Dammit Jim, I’m a blogger not a movie critic!

So here is my list of 30 sci-fi movies to get you through November. 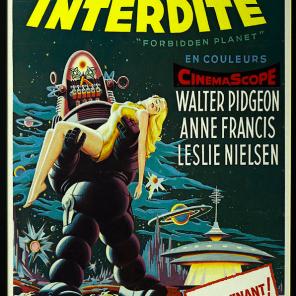 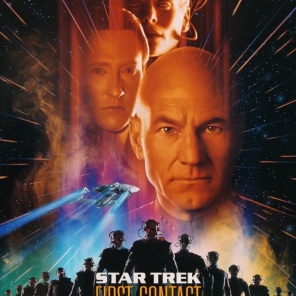 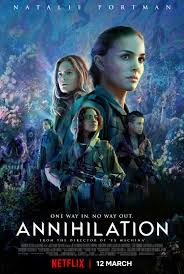 This movie is set in South Africa and produced by Peter Jackson. It tells the story of a sort of alien immigrations officer and alien refugees living in a slum town segregated from the human population. The great thing about this movie is that it doesn’t shy away from dark themes. I was glued to the screen and it is one of my must see movies of the genre.

Starring Tom Cruise, Penelope Cruz and Cameron Diaz this film is pretty crazy. It has multiple intertwined narratives that leave you questioning what is real and what isn’t. I saw this film in the cinema with a group of friend and although I was the only one who absolutely loved it, I still think you should give it a go just for the sheer confusion you’ll enjoy.

This film terrified me as a teen. There was something about the robots that just chilled me to the core. Not that I would call this a horror movie but it is totally a classic and it is so quotable. In a dystopic Detroit, a terminally wounded cop becomes a cyborg to fight crime but he seems to be having some trouble with his memory. What is it that his mind is keeping from him?

This is a classic and it is so bloody camp. A starship crew goes to investigate why they can’t get a reply from an Earth colony. When they arrive they find there are only two survivor. As they try to uncover what happened they find the survivors are keeping secrets.

Sci-fi 101! If you haven’t seen this one then I’m kind of surprised. If you have never heard of this then… welcome to this planet my new alien friend. Typically this is described as a space western and it’s your basic good vs. evil. I will always want to be the Princess even if she does have questionable taste in men.

Again, this is another one my film fans friends don’t love nearly as much as I do. The main characters are all super smart women and they are all great characters. It involves a secret expedition into a mysterious zone where the laws of nature don’t apply.

This is a cult movie that I love! A bureaucrat, in a retro-future world, tries to correct an administrative error and becomes an enemy of the state. It mental and off the wall. It is directed by Terry Gilliam so it is on the more bizarre end of the Monty Python humour range. Everything gets a bit 1984.

Nothing will beat my love for Tim Burton’s first Batman movie. Nothing. “Have you ever danced with the devil in the pale moonlight”- that is such a chilling line of dialogue but Batman Returns is just a better movie. I know some people don’t like this series of Batman movies but I love the comic book like aesthetic that Burton uses and Michelle Pfeiffer rocks as cat woman.

Three magazine employees head out on an assignment to interview a guy who placed a classified advertisement seeking a companion for time travel. This stars Aubrey Plaza, Mark Duplass and Jake Johnson and it feels like a completely new take on the sci-fi genre. If you like odd ball dramas, you will love this.

Another classic science fiction movie. A scientist has a horrific accident when he tries to use his newly invented teleportation device. There was also a 1986 remake starring Jeff Goldblum which I highly recommend.

This is a wonderful sci-fi comedy. This is a sci-fi super fan favourite that is so beloved and so quotable. Starring Tim Allen, Sigourney Weaver and Alan Rickman, it is about the cast of a science fiction television series who find themselves saving the universe for real! It gently pokes fun at the genre while also paying homage to it. A cult classic!

“I volunteer as tribute!” This iconic dystopian movie will have you gripped. It’s about a girl named Katniss who voluntarily takes her little sister’s place in the Hunger Games, a sort of gameshow where children are forced to compete in a fight to the death.  Stars Jennifer Lawrence.

I didn’t think I was going to enjoy this movie and was pleasantly surprised. It is about a plus-sized inflatable robot Baymax and his relationship with child prodigy Hiro Hamada. A great family movie which made me laugh a lot.

Eternal Sunshine of the Spotless mind (2004)

This is an emotional roller-coaster. The thing about Jim Carrey in serious roles is he is literally like marmite, you really do love him or you hate him. I’m a fan. This one also stars Kate Winslet. When their relationship turns sour, a couple undergoes a medical procedure to have each other erased from their memories but it is not as painless as it has been promised to be.

This is one for the conspiracy theorists. A NASA Mars mission won’t work, and its funding is endangered, so they decide to fake it just this once. But then they have to keep the secret.

It’s another Tom Cruise movie and I have vivid memories of seeing this one and being on the edge of my seat throughout the whole thing. In a future where a special police unit is able to arrest murderers before they commit their crimes, an officer from that unit is himself accused of a future murder. How will he clear his name when his future has already been decided?

This is a bittersweet film that I have a soft spot for. It stars Keria Knightley and Steve Carrell. It is the story of a man who decides to find his high school sweetheart after his wife leaves him when the world is told it is about to be destroyed by a deadly asteroid. The friendship he strikes up with his next door neighbour while on the journey leaves him rethinking his plans.

This is my second favourite Star Trek movie. I know the dialogue off by heart. The crew of Enterprise have to go back in time to stop the Borg from assimilating the human race and ending the present. I say this all the time but it is basically a Zombie film in space featuring Captain Picard. What more could any sci-fi fan want from a film?

If you haven’t see this yet… erm why? Now I am not a huge fan of the Marvel universe but I loved this film. The story line is great and there is a fantastic cast. Did you know that Nicholas Cage is in this? That little piece of information should have been encouragement enough.

I love all the Cloverfield films. I love that they are all different and although, like Batman, the first one is my favourite this is the one I think you should watch. After getting in to a car accident, a woman is held in a shelter with two men, who claim the outside world is affected by a widespread chemical terrorist attack.

Ok, I’m gonna be completely honest about this. I think Christian Bale is a terrible Batman. I cannot stand that weird strained thing he does with his voice but this story line and Heath Ledger’s performance make this film an ABSOLUTE MUST WATCH. When the Joker wreaks havoc on the people of Gotham, Batman must save the day but at what cost?

This cast! It’s a classic. Another film with Jeff Goldblum in it.  Dinosaurs are resurrected and a rich man builds a big zoo so people can get a good look at them. Big animals with big carnivorous appetites, new complex technology, a secluded, isolated location and lots of tasty humans. What could possibly go wrong?

I watched this film quite recently and I’m a little puzzled as to why it hasn’t had more love. A spacecraft traveling to a distant colony planet, transporting thousands of people has a malfunction in its sleep chambers. As a result, two passengers are awakened 90 years early. Makes my Jennifer Lawrence loving heart happy.

Starring Clive Owen, Julianne Moore, Chiwetel Ejiofor and features Michael Caine.  The world has stopped making babies and a former activist agrees to help transport a miraculously pregnant woman to a sanctuary at sea. Directed by Alfonso Cuaron, it is a fantastic dystopian sci-fi flick.

It is a good movie no matter what some sci-fi nerds say. I really enjoyed this film and I particularly love the cast. Run away stormtrooper Finn and scavenger Rey are caught up in the Resistance’s search for the missing Luke Skywalker.

It was the first movie in the Marvel universe I liked. Great cast and the whole aesthetic of the film, especially the detail in the costumes, is incredible. Some of my favourite actors are in this movie and I just think it is fantastic.

This is a classic. I can remember watching this when I was younger and loving it. MUCH better that the remake. When a man goes for a virtual vacation of the planet Mars, an unexpected and harrowing series of events forces him to go to the planet for real – or does he? Stars Arnold Schwartzernegger.

I saw this at the cinema and it became an instant favourite of mine. It is gripping and disturbing in equal measure. Kind of has a Black Mirror sort of vibe. A young programmer is selected to participate in a ground-breaking experiment in synthetic intelligence by evaluating the human qualities of a highly advanced humanoid A.I.

This is one of my favourite movies of all time. I have seen it so often and it is another one with Jeff Goldblum in it. Will Smith is fantastic in this movie and so is the rest of the cast. Aliens have come to Earth and they want to take it. The human race is the only thing standing in their way. Time to kick some alien butt!

And finally this is my absolute favourite Star Trek movie. It is a classic. It is iconic. It is isn’t just a story about fighting aliens but it is a story about friendship. With the assistance of the Enterprise crew, Admiral Kirk must stop an old nemesis, Khan Noonien Singh, from using the life-generating Genesis Device as the ultimate weapon. It just so good. SO SO GOOD.

Click here to be taken to a YouTube play list with all the trailers in it. Let me know what you think of my list in the comments below. Happy Science Fiction Month people… and possible new alien friends!

10 thoughts on “The Movie List: 30 days of Science Fiction Cinema – These are the sci-fi films you were looking for…”